Make an appointment with a Librarian

Make an appointment with a Tutor

Feel free to use the following document as a template for properly formatting your paper in MLA, but please double-check with your instructor to make sure that you're following his/her specific directions! 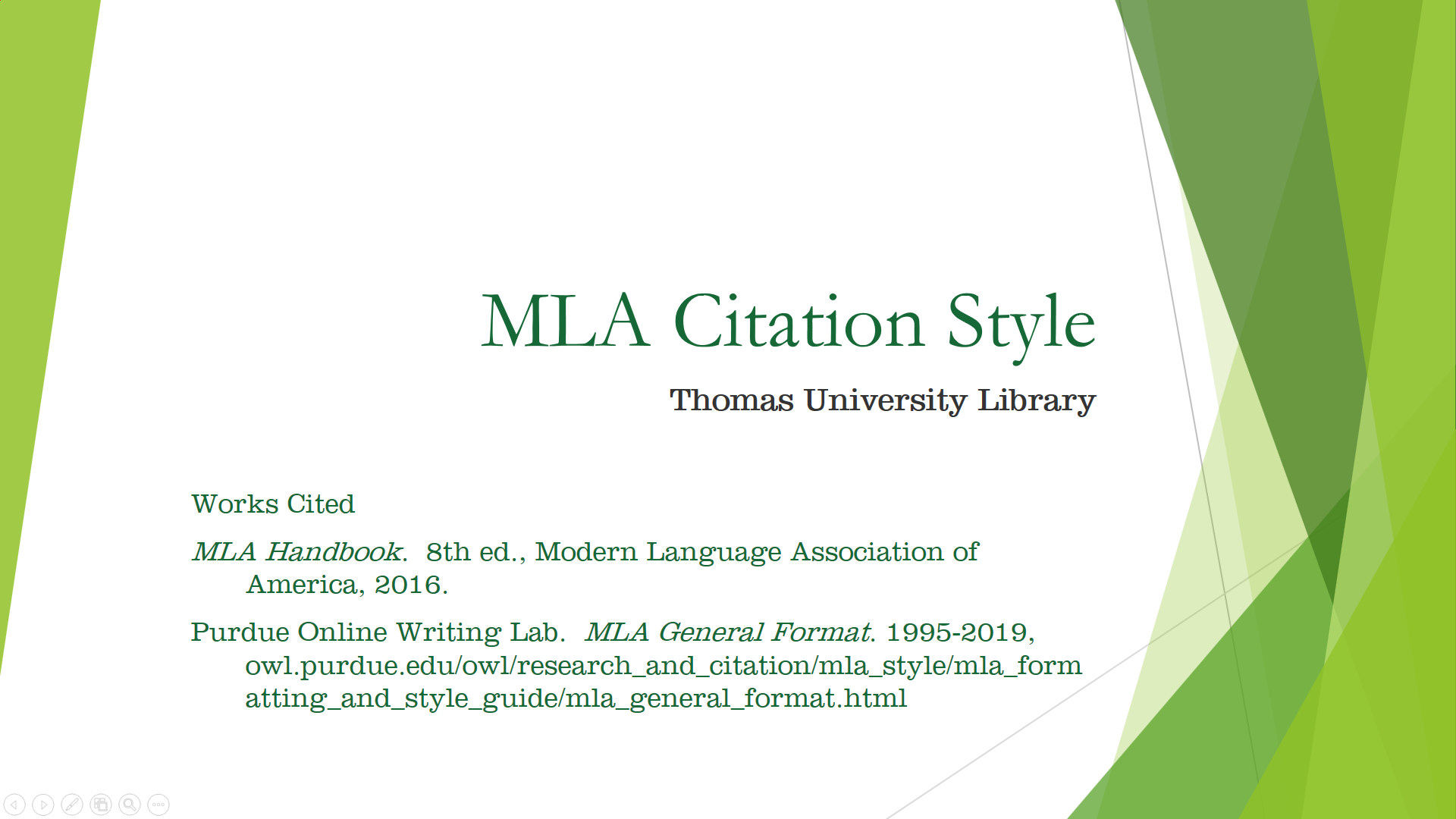 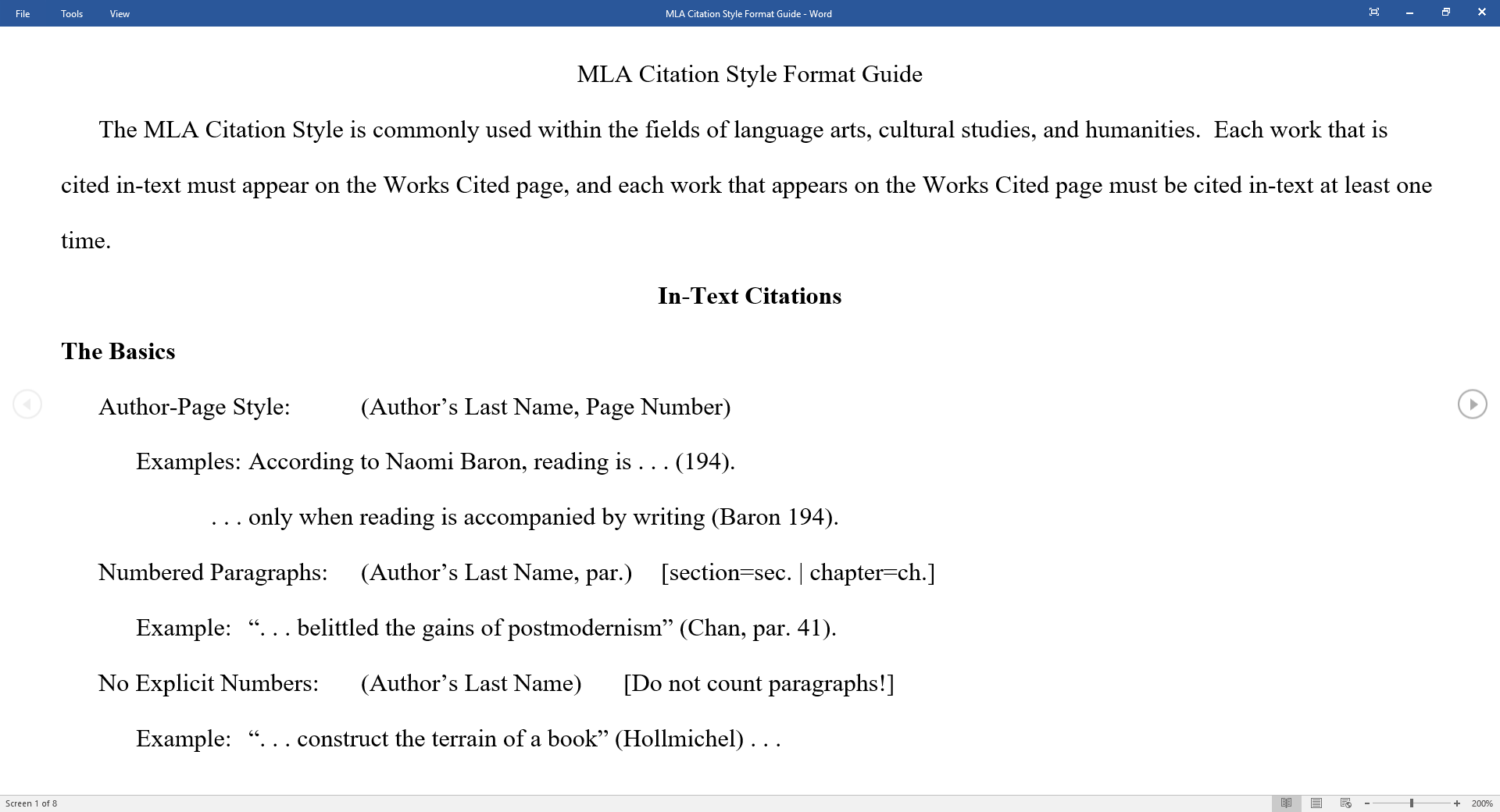 What is the MLA citation style?

"MLA [Modern Language Association] style is a system for documenting sources in scholarly writing. For over half a century, it has been widely adopted for classroom instruction and used throughout the world by scholars, journal publishers, and academic and commercial presses."

Who uses the MLA citation style?

"MLA style is most commonly used to cite sources within the language arts, cultural studies, and other humanities."


That means, unless your instructor says otherwise, that if you're writing a research paper for your Art, English, Film, Humanities, Music, Religious Studies, or Theater classes, then you should probably be citing your sources according to the MLA citation style.

How do I use the MLA citation style?

MLA papers are divided into at least two (and sometimes three) sections but don't typically include a title page (unless your instructor says otherwise).

How do I cite a resource using the MLA citation style?

How do I properly format my Works Cited page?

According to MLA citation style, you must have a Works Cited page at the end of your research paper. All entries on the Works Cited page must correspond to the resources that were cited in the main text of your paper.
Entries are listed alphabetically by the author's last name (or the editor's or translator's name) or the title (ignoring initial articles), and the hanging indent style is used. For example: