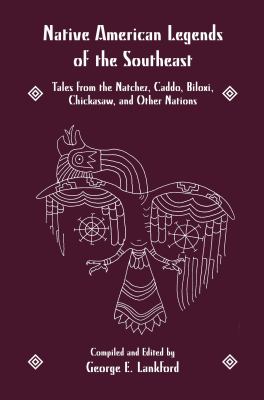 Native American Legends of the Southeast 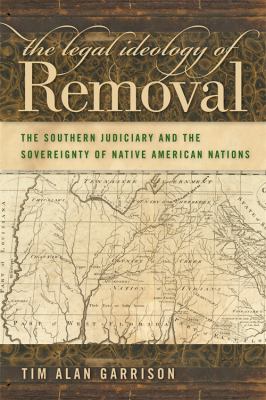 The Legal Ideology of Removal

This study is the first to show how state courts enabled the mass expulsion of Native Americans from their southern homelands in the 1830s. Our understanding of that infamous period, argues Tim Alan Garrison, is too often molded around the towering personalities of the Indian removal debate, including President Andrew Jackson, Cherokee leader John Ross, and United States Supreme Court Justice John Marshall. This common view minimizes the impact on Indian sovereignty of some little-known legal cases at the state level. Because the federal government upheld Native American self-dominion, southerners bent on expropriating Indian land sought a legal toehold through state supreme court decisions. As Garrison discusses Georgia v. Tassels (1830), Caldwell v. Alabama (1831), Tennessee v. Forman (1835), and other cases, he shows how proremoval partisans exploited regional sympathies. By casting removal as a states' rights, rather than a moral, issue, they won the wide support of a land-hungry southern populace. The disastrous consequences to Cherokees, Creeks, Choctaws, Chickasaws, and Seminoles are still unfolding. Important in its own right, jurisprudence on Indian matters in the antebellum South also complements the legal corpus on slavery. Readers will gain a broader perspective on the racial views of the southern legal elite, and on the logical inconsistencies of southern law and politics in the conceptual period of the anti-Indian and proslavery ideologies. 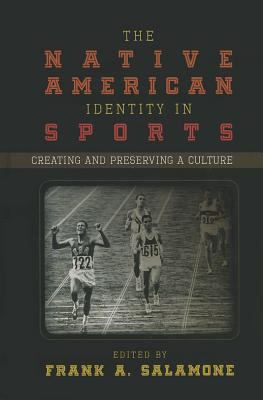 The Native American Identity in Sports

On October 15, 1964 Billy Mills became the only American to win an Olympic Gold Medal for the 10,000 meters. It was but one notable triumph in sports by a Native American. Yet, unlike Mills's achievement, most significant contributions from Native Americans have gone unheralded. From individual athletes, teams, and events, it is clear that the "Vanishing Americans" are not vanishing--but they are sadly overlooked. The Native American Identity in Sports: Creating and Preserving a Culture not only includes, but goes beyond the great achievements of Billy Mills to note numerous other instances of Native American accomplishment and impact on sports. This collection of essays examines how sport has contributed to shaping and expressing Native American identity--from the attempt of the old Indian Schools to "Americanize" Native Americans through sport to the "Indian mascot" controversy and what it says about the broader public view of Native Americans. Additional essays explore the contemporary use of the traditional sport Toka to combat obesity in some Native American communities, the Seminoles' commercialization of alligator wrestling--a "Native" sport that was, in fact, only developed as a sport due to interest from tourists--and much more. The contributions to this volume not only tell the story of Native Americans' participation in the world of sports, but also how Native Americans have changed and enriched the sports world in the process. For anyone interested in the deep effect sport has on culture, The Native American Identity in Sports is an indispensable read. 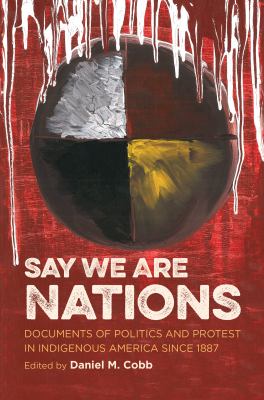 Say We Are Nations

In this wide-ranging and carefully curated anthology, Daniel M. Cobb presents the words of Indigenous people who have shaped Native American rights movements from the late nineteenth century through the present day. Presenting essays, letters, interviews, speeches, government documents, and other testimony, Cobb shows how tribal leaders, intellectuals, and activists deployed a variety of protest methods over more than a century to demand Indigenous sovereignty. As these documents show, Native peoples have adopted a wide range of strategies in this struggle, invoking "American" and global democratic ideas about citizenship, freedom, justice, consent of the governed, representation, and personal and civil liberties while investing them with indigenized meanings. The more than fifty documents gathered here are organized chronologically and thematically for ease in classroom and research use. They address the aspirations of Indigenous nations and individuals within Canada, Hawaii, and Alaska as well as the continental United States, placing their activism in both national and international contexts. The collection's topical breadth, analytical framework, and emphasis on unpublished materials offer students and scholars new sources with which to engage and explore American Indian thought and political action. 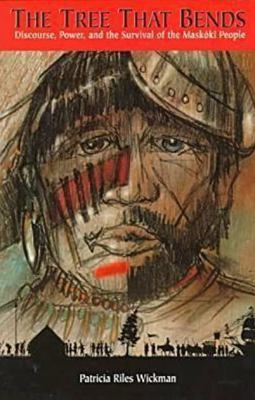 The Tree That Bends

Patricia Riles Wickman offers a new paradigm for the interpretation of southeastern Native American and Spanish colonial history and a new way to view the development of the United States. In her compelling and controversial arguments, Wickman rejects the myths that erase Native Americans from Florida through the agency of Spaniards and diseases and make the area an empty frontier awaiting American expansion. Through research on both sides of the Atlantic and extensive oral history interviews among the Seminoles of Florida and Oklahoma, Wickman shatters current theories about the origins of the people encountered by the Spaniards and presents, for the first time ever, the Native American perspective. She describes the genesis of the groups known today as Creek, Seminole, and Miccosukee--the Maskoki peoples--and traces their common Mississippian heritage, affirming their claims to continuous habitation of the Southeast and Florida. Her work exposes the rhetoric of conquest and replaces it with the rhetoric of survival. An important cross-disciplinary work, The Tree That Bends reveals the flexibility of the Maskoki people and the sociocultural mechanisms that allowed them to survive the pressures introduced at contact. Their world was capable of incorporating the New without destroying the Old, and their descendants not only survive today but also succeed as a discrete culture as a result.