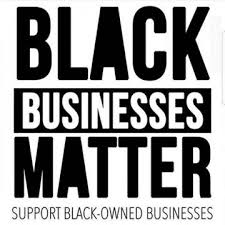 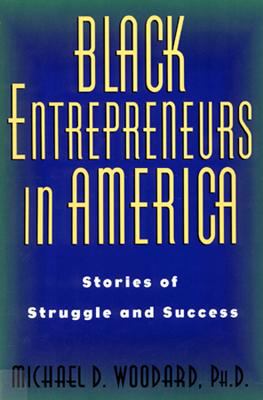 Beginning with a summary of 200 years of entrepreneurship among African Americans, then moving to in-depth interviews with contemporary entrepreneurs, Michael Woodard provides a powerful record of entrepreneurial vitality in a market that is often hostile and exclusive. The book covers businesses nationwide, representing diverse industries. Woodard ends on a practical note with resources and advice for anyone contemplating an entrepreneurial future. 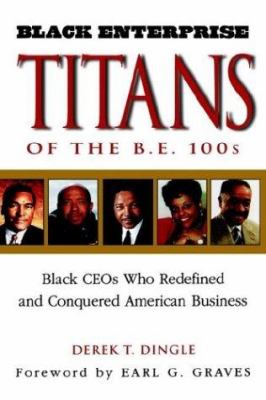 Black Enterprise Titans of the B. E. 100s

"Money has no color. If you can build a better mousetrap, it won't matter whether you're black or white. People will buy it." -A. G. Gaston Black Enterprise's 1992 Entrepreneur of the Century. For more than 25 years, Black Enterprise, the premier African American business magazine, has ranked and chronicled the B.E. 100s-its exclusive listing of the nation's top-grossing, black-owned businesses. Generating more than $14 billion in annual revenue and employing more than 55,000 people, these companies represent a vibrant and often overlooked segment of the American economy. Their CEOs, among the wealthiest and most powerful players in the black business community, have been the vanguard of an entrepreneurial revolution. They achieved greatness despite a lack of capital, diminished access, and even outright racism, using their imagination and drive to seize opportunities and break through barriers. First in the new Black Enterprise series, Titans of the B.E. 100s profiles eleven of these remarkable leaders of the largest black-owned businesses. Covering a broad cross-section of companies and industries, this compelling book features both today's emerging entrepreneurs and the established CEOs, revealing the secrets of how they beat the odds and the hard truths about the myriad challenges they've faced. No other book brings together so many contemporary black business success stories. Through in-depth, first-person interviews, you'll meet the titans who started their companies from the ground up and were relentless in doing so; who filled a void in the consumer market and, in turn, revolutionized whole industries; and who love the companies that they run and are energized by new ventures. Each chapter profiles a different business legend: From John H. Johnson, founder of Ebony and Jet magazines; to Herman J. Russell, who used $125 to create the nation's largest black-owned construction firm; to Emma C. Chappell, the People's Banker, who launched the United Bank of Philadelphia; to Robert L. Johnson, who created Black Entertainment Television and then transformed BET Holdings, Inc. from a single cable network to an entertainment monolith that became the first black-owned business listed on the New York Stock Exchange. Inspiring and motivating, Titans of the B.E. 100s will introduce you to an incredible group of men and women who made a profound impact upon global business, symbolizing a spectacular realization of the American Dream. Praise for TITANS OF the B.E. 100s. "Titans of the B.E. 100s challenges the vintage profile of the entrepreneur by showcasing the impressive and dynamic careers of African American executives who surmounted social, economic, and political barriers to gain their deserved place in today's world of the business elite."-Kweisi Mfume, President and CEO, NAACP. "Titans of the B.E. 100s aptly documents the achievements of African American entrepreneurs who embody the legacy of the twentieth century and the hope of the twenty-first century. The principles espoused by these esteemed business leaders are essential to the future of the civil rights movement as we prepare our children for self-reliance and our adults for economic self-sufficiency in the next century.-Hugh B. Price, President, National Urban League. The intriguing profiles in this book tell the stories of a group of people who started with nothing and went straight to the top, overcoming obstacles with tenacity, ingenuity, and sheer bravery: Don H. Barden Emma C. Chappell Mel Farr Sr. Charles H. James III John H. Johnson Robert L. Johnson Byron E. Lewis Herman J. Russell Russell Simmons Clarence O. Smith Percy E. Sutton. 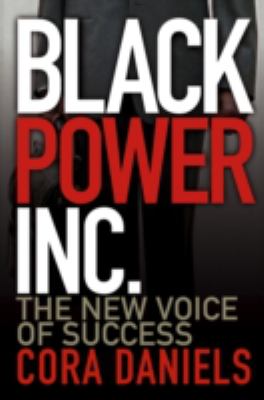 Black Power Inc. explores the emergence of a new black elite that sees business and economics as the true base of American power, rather than politics. Instead of mobilizing voters, they are storming boardrooms across the country and establishing themselves in positions of real influence. Now, Fortune magazine writer Cora Daniels, one of the primary chroniclers of this new shift in attitudes, reveals both the professionals who drive it and their motivations for doing so. 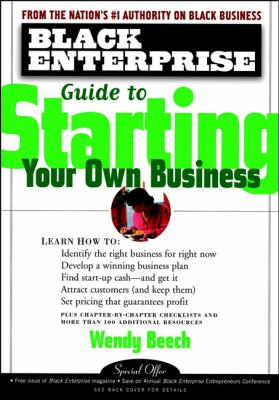 Black Enterprise Guide to Starting Your Own Business

BLACK ENTERPRISE magazine is the premier business news source forAfrican Americans. With thirty years of experience, BlackEnterprise continues to chronicle the achievements of AfricanAmerican professionals while providing monthly reports onentrepreneurship, investing, personal finance, business news andtrends, and career management. Now, Black Enterprise brings to youthe Guide to Starting Your Own Business, the one-stop definitiveresource for everything today's entrepreneur needs to know tolaunch and run a solid business. Former Black Enterprise editor Wendy Beech knows that being asuccessful business owner takes more than capital and a solidbusiness plan. She offers essential, timely advice on all aspectsof entrepreneurship, including defining and protecting a businessidea, researching the industry and the competition, confrontinglegal issues, choosing a good location, financing, and advertising.You'll even learn how to make the most of the Internet byestablishing a Web presence. Plus, you'll hear from blackentrepreneurs who persevered in the face of seemingly unbeatableodds and have now joined the ranks of incredibly successful blackbusiness owners. This exceptional reference tool alsoincludes: * The ten qualities you must possess to be a successfulentrepreneur. * A list of helpful resources at the end of every chapter. If you've ever dreamed about going into business for yourself, ifyou feel you've hit the glass ceiling in corporate America, if youhave the drive and the desire to take control of your destiny, theBlack Enterprise Guide to Starting Your Own Business will motivateand inspire you--every step of the way. Special Bonus. To help you stay abreast of the latest entrepreneurial trends,Black Enterprise is pleased to offer: * A free issue of Black Enterprise magazine. * A free edition of The Exchange Newsletter forEntrepreneurs. * A discount coupon for savings off the registration fee at theannual Black Enterprise Entrepreneurs Conference.