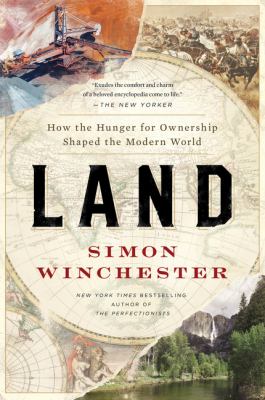 "In many ways, Land combines bits and pieces of many of Winchester's previous books into a satisfying, globe-trotting whole. . . . Winchester is, once again, a consummate guide."--Boston Globe The author of The Professor and the Madman, The Map That Changed the World, and The Perfectionists explores the notion of property--bought, earned, or received; in Europe, Africa, North America, or the South Pacific--through human history, how it has shaped us and what it will mean for our future. Land--whether meadow or mountainside, desert or peat bog, parkland or pasture, suburb or city--is central to our existence. It quite literally underlies and underpins everything. Employing the keen intellect, insatiable curiosity, and narrative verve that are the foundations of his previous bestselling works, Simon Winchester examines what we human beings are doing--and have done--with the billions of acres that together make up the solid surface of our planet. Land: How the Hunger for Ownership Shaped the Modern World examines in depth how we acquire land, how we steward it, how and why we fight over it, and finally, how we can, and on occasion do, come to share it. Ultimately, Winchester confronts the essential question: who actually owns the world's land--and why does it matter? 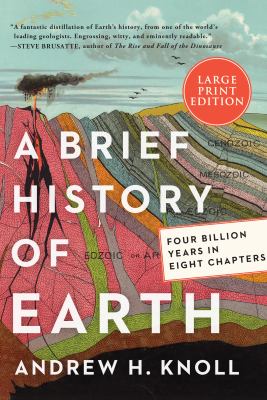 A Brief History of Earth

Harvard's acclaimed geologist "charts Earth's history in accessible style" (AP) "A sublime chronicle of our planet." -Booklist, STARRED review How well do you know the ground beneath your feet?  Odds are, where you're standing was once cooking under a roiling sea of lava, crushed by a towering sheet of ice, rocked by a nearby meteor strike, or perhaps choked by poison gases, drowned beneath ocean, perched atop a mountain range, or roamed by fearsome monsters. Probably most or even all of the above.  The story of our home planet and the organisms spread across its surface is far more spectacular than any Hollywood blockbuster, filled with enough plot twists to rival a bestselling thriller. But only recently have we begun to piece together the whole mystery into a coherent narrative. Drawing on his decades of field research and up-to-the-minute understanding of the latest science, renowned geologist Andrew H. Knoll delivers a rigorous yet accessible biography of Earth, charting our home planet's epic 4.6 billion-year story. Placing twenty first-century climate change in deep context, A Brief History of Earth is an indispensable look at where we've been and where we're going. Features original illustrations depicting Earth history and nearly 50 figures (maps, tables, photographs, graphs). 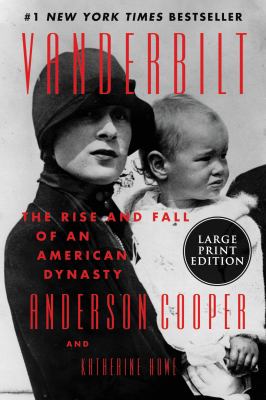 New York Times bestselling author and journalist Anderson Cooper teams with New York Times bestselling historian and novelist Katherine Howe to chronicle the rise and fall of a legendary American dynasty--his mother's family, the Vanderbilts. One of the Washington Post's Notable Works of Nonfiction of 2021 When eleven-year-old Cornelius Vanderbilt began to work on his father's small boat ferrying supplies in New York Harbor at the beginning of the nineteenth century, no one could have imagined that one day he would, through ruthlessness, cunning, and a pathological desire for money, build two empires--one in shipping and another in railroads--that would make him the richest man in America. His staggering fortune was fought over by his heirs after his death in 1877, sowing familial discord that would never fully heal. Though his son Billy doubled the money left by "the Commodore," subsequent generations competed to find new and ever more extraordinary ways of spending it. By 2018, when the last Vanderbilt was forced out of The Breakers--the seventy-room summer estate in Newport, Rhode Island, that Cornelius's grandson and namesake had built--the family would have been unrecognizable to the tycoon who started it all. Now, the Commodore's great-great-great-grandson Anderson Cooper, joins with historian Katherine Howe to explore the story of his legendary family and their outsized influence. Cooper and Howe breathe life into the ancestors who built the family's empire, basked in the Commodore's wealth, hosted lavish galas, and became synonymous with unfettered American capitalism and high society. Moving from the hardscrabble wharves of old Manhattan to the lavish drawing rooms of Gilded Age Fifth Avenue, from the ornate summer palaces of Newport to the courts of Europe, and all the way to modern-day New York, Cooper and Howe wryly recount the triumphs and tragedies of an American dynasty unlike any other. Written with a unique insider's viewpoint, this is a rollicking, quintessentially American history as remarkable as the family it so vividly captures.